About the Intercultural Center

The Intercultural Center promotes student learning and development through purposeful programming with different cultural groups and departments on campus. The Intercultural Center aims to bridge the cultural divide between all individuals at the university and in the local community to enhance cultural sensitivity and strengthen appreciation for diverse cultural, racial, and ethnic identities and experiences.

An excerpt from the UNF Journal in Winter 2014 describes the development of Peace Plaza and the installation of the statues.

UNF’s artistic spirit has also helped to promote the philosophies of some of history’s most heralded humanitarians through the installation of two bronze statues in Peace Plaza, the tranquil pathway between Founders Hall and J.J. Daniel Hall.
Bronze statues of Mahatma Gandhi and Martin Luther King Jr. stand at either end of the plaza, offering the campus community an opportunity to remember the teachings of these civil rights titans.

The Gandhi Memorial Society donated Gandhi’s likeness to the University in 2006. The 8-foot-tall, 1,500-pound bronze statue was created by famed Indian sculptor Jasu Shilpi. Following in the footsteps of his philosophical mentor, a similar statue of Martin Luther King Jr., also crafted by Shilpi, was installed in 2012 mere feet from Gandhi. The Gandhi statue was the first sculpture of the famed humanitarian to be featured on a Florida university campus.

Dr. Oupa Seane, director of UNF’s Intercultural Center for PEACE, said the planning for the statues was initiated by Dr. Mauricio Gonzalez, vice president for Student and International Affairs. He said the hope was to promote a spirit of peace and goodwill right in the center of campus.

“That’s the spirit and character that we as a campus community wish to impart to our students and everyone else who becomes a part of our family,” Seane said. The location has since become a place for meditation and reflection on campus.” 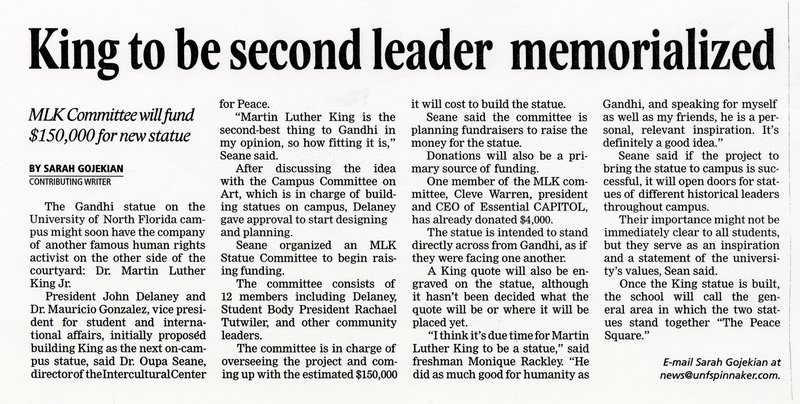 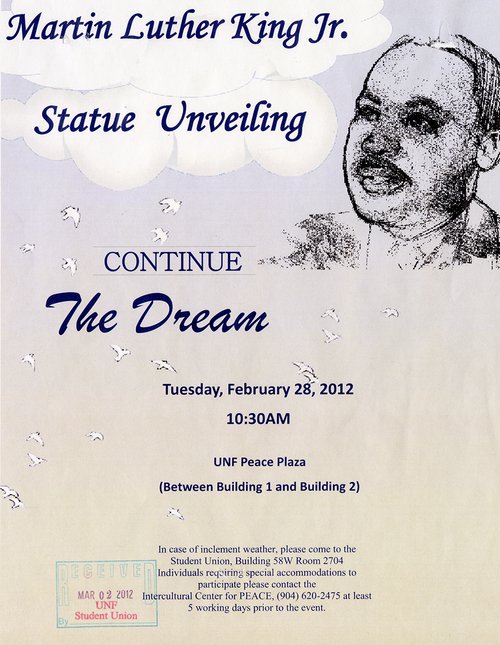 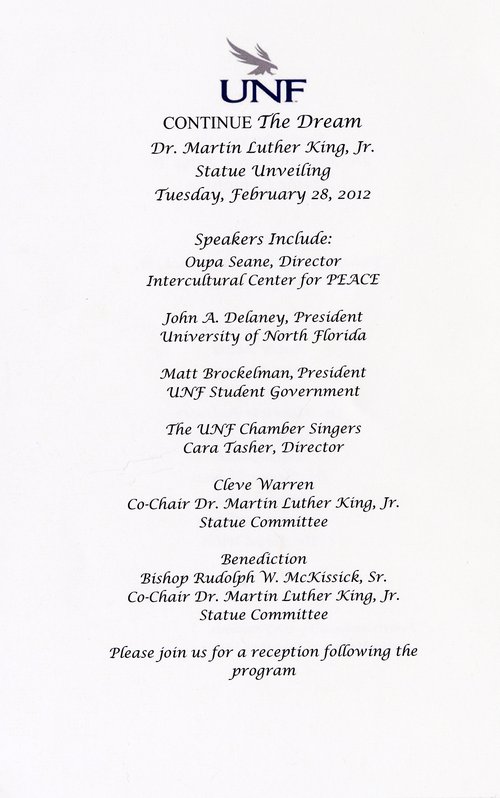 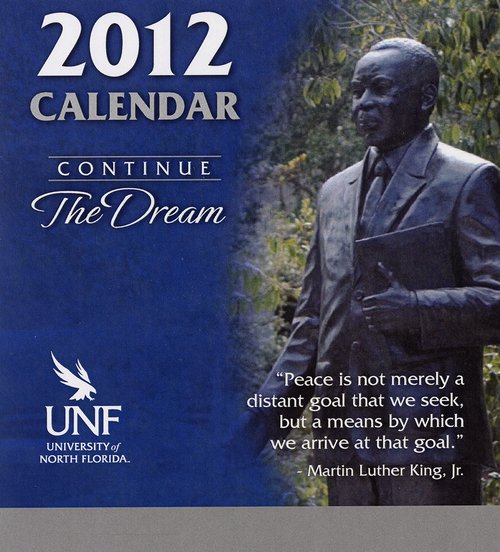 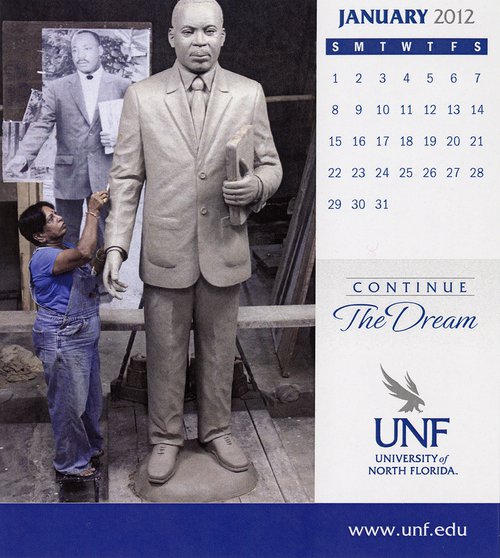