UNF Mascots through the Years: Ozzie and Harriet

The osprey became the official UNF mascot in November of 1979 as voted by the campus community. The mascot costume was revealed in January of 1988 in the image featured in this exhibit, standing with baseball coach Dusty Rhodes. Faculty, students, and staff voted on a name for the mascot, and they chose the name Ozzie.

Ozzie’s first appearance was in March of 1988 at a baseball game. Since the initial appearance of Ozzie, there have been three iterations of the costume. Two of the versions are housed in the University Archives and are featured in this exhibit. A second mascot was introduced in 1994, named Harriet. She and Ozzie performed together and separately until the mid-2000’s. The retired Harriet costume is housed in the University Archives as well. Ozzie continues to hype up crowds at games and events across campus. 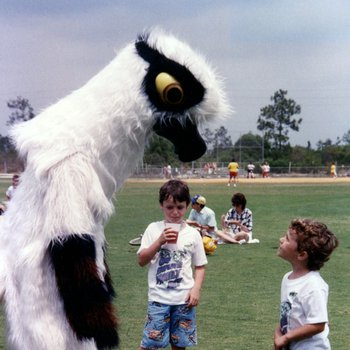 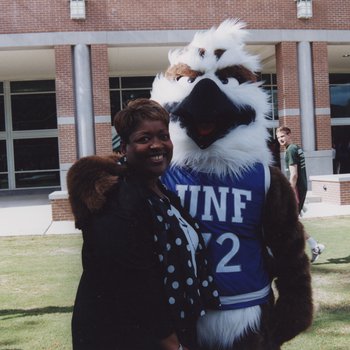 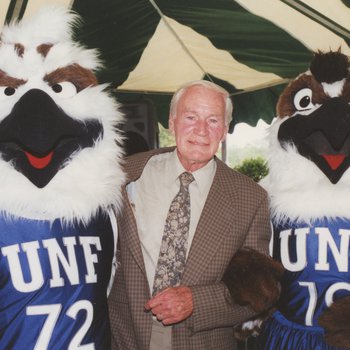 Ozzie and Harriet with President Carpenter 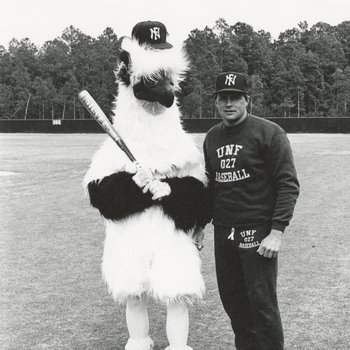 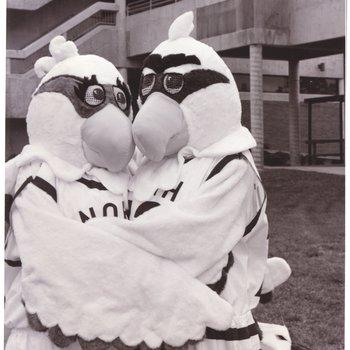 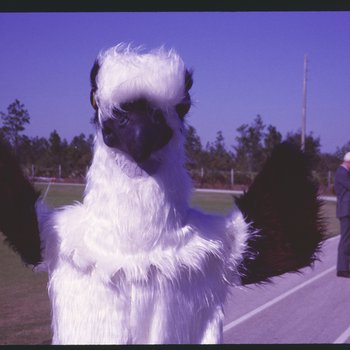 Ozzie On The Track 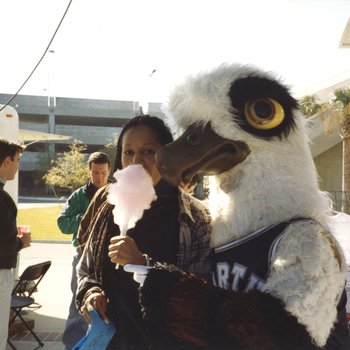 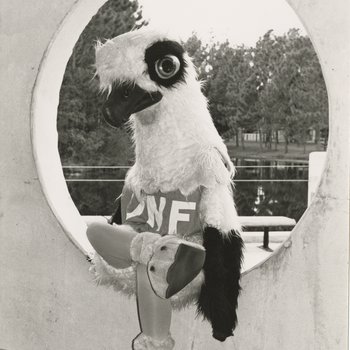 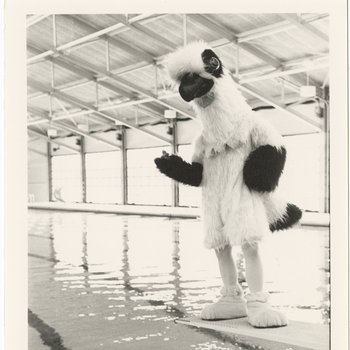 UNF Mascot Ozzie On Diving Board 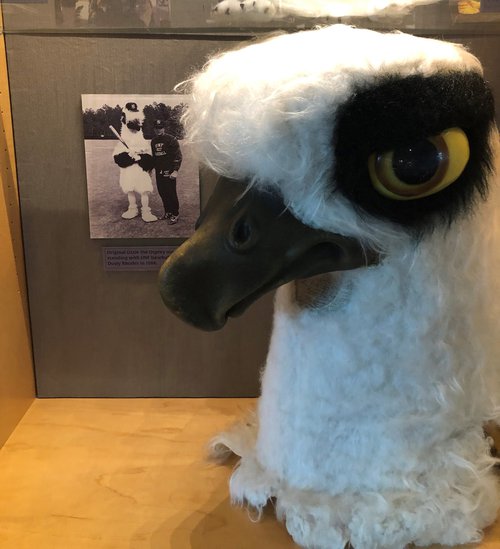