UNF's first graduating class consisted of 35 students, including 28 baccalaureate degree candidates and seven master of education degree students. Since the University opened in 1972 as an upper-level institution, these first graduates started at UNF as seniors or were already working on master's or second degrees.

The College of Arts and Sciences awarded the majority of bachelor's degrees, with a total of 17 candidates. By virtue of alphabetical standing, Robert Stephen Berry was the first student to graduate from the University. Graduate students receiving master's degrees in education included Betty S. Holzendorf (later Florida Senator) and Bernadine J. Bolden (later UNF professor of education and Vice President of Student Affairs).

The afternoon ceremony was held in the Courtyard under a hot sun before an audience of approximately 400 persons. As the diplomas were handed out, charter faculty and staff recall the shouts of "'attagirl, Mom!" UNF President Dr. Thomas G. Carpenter was the commencement speaker. A reception was held in the library lounge. First Commencement Is Scheduled By UNF 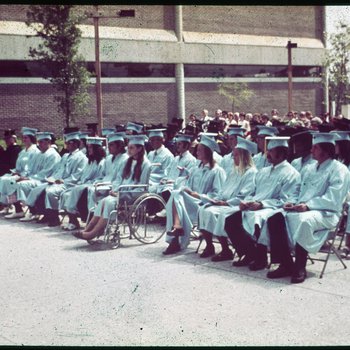 Graduates at the First Commencement Ceremony 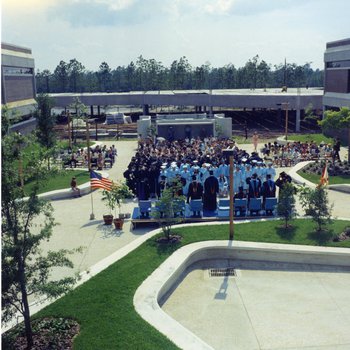 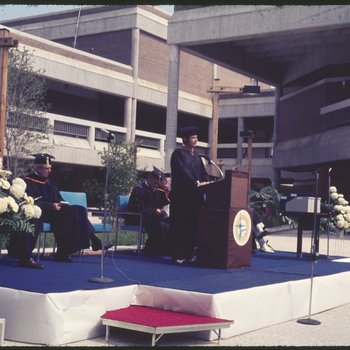 Speakers at the First Commencement Ceremony 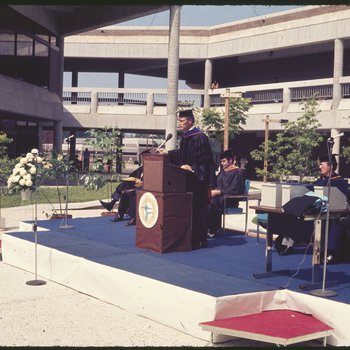 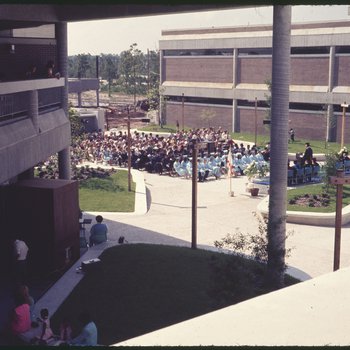 UNF's First Graduates and their Guests 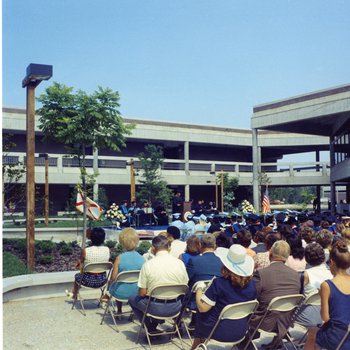 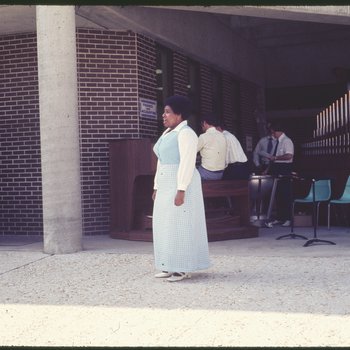 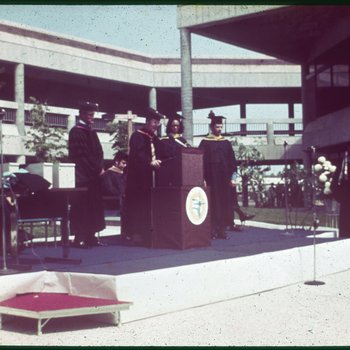 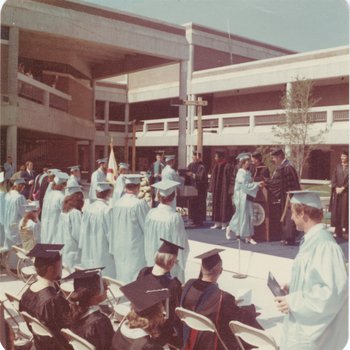 The initial commencements were particularly meaningful for the graduates, their families, and the community. Jacksonville had waited many years for a public institution of higher learning. Florida Senator John E. Mathews, Jr. had long called the Jacksonville area "the most educationally starved community of its size in the nation," and the opening of UNF in 1972 finally provided Northeast Florida residents the opportunity to learn and complete their education within commuting distance. The majority of the students were part-time and attended school at night, and many of these first alumni recall the challenges faced balancing school and work. A significant number of them also recall, with justifiable pride and emotion, their walk across the commencement stage as the first person in their family to have attended and graduated from college.