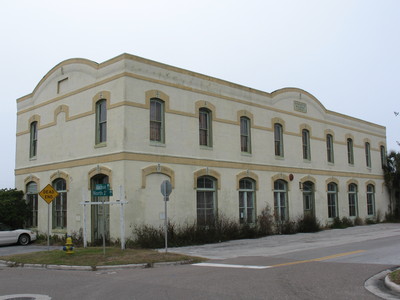 C H Huot Building, Fernandina Beach, Fl. This is a building built in 1882, by Frenchman C. H. Huot. According to museum records, Huot picked the building's Second Street location because he was impressed by the potential of the seaport city. The vacant property he chose was in a city block that had been destroyed by fire in 1876.

Over the years, the Huot building became a popular rendezvous for sailors and housed a tent factory, a chandlery, a furniture store and a restaurant. The Huot building was bought in 1974 by Gene Oviatt and turned it into a steak house.