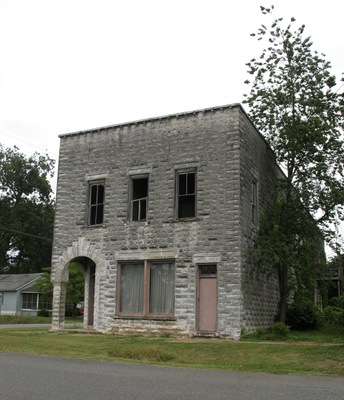 D A Phelps Building, Poulan, GA. Poulan is a city in Worth County, Georgia, United States. It was settled about 1877, was also located along the Brunswick and Albany railroad. The city was named for Judge W.A. Poulan

This is a commercial building in Poulan, Georgia. It is one of the Granitoid buildings in South Georgia architecture. It was earlier Mr. Goodman's Drug Store, in the 1940's the post office was in the rear of the building. Later apartments were made in the upper and lower rear of the building. Phelps family was an important part of Poulan's development in the 1900's. Now it seems abandoned and in need of restoration.