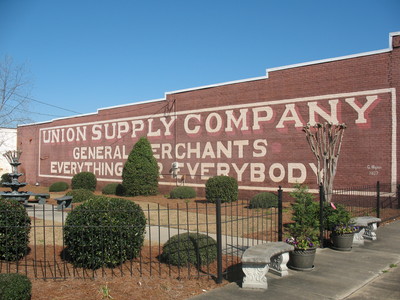 In 1857 , a new county was made and named Mitchell County after Gen. Henry Mitchell. Camilla is a town in the county named after Camilla Mitchell, his grand daughter.

The Union Supply Company opened in 1906, on Broad Street and remained there till 1955. The store was very prominent in Camilla and sold hardware, dry goods & farm equipment. The name of the company still appears on the wall of the building. It also says -" General merchants, everything for everybody."