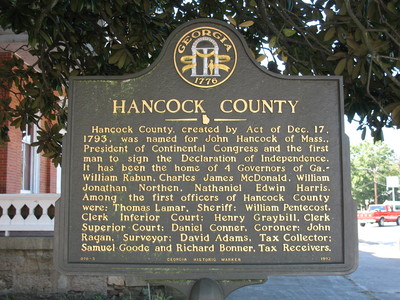 This marker is located in front of the Courthouse in Sparta, Georgia.