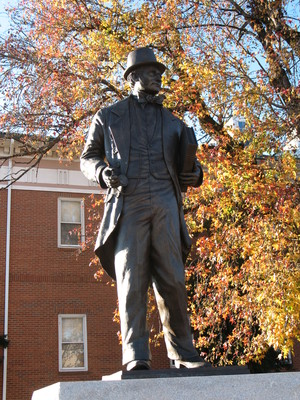 FORSYTH, John, a Representative and a Senator from Georgia; born in Fredericksburg, Va., October 22, 1780; graduated from the College of New Jersey (now Princeton University) in 1799; moved to Augusta, Ga.; studied law; admitted to the bar in 1802 and commenced practice; elected attorney general of Georgia in 1808; elected as a Democratic Republican to the Thirteenth, Fourteenth, and Fifteenth Congresses, and served from March 4, 1813, until his resignation, effective November 23, 1818;