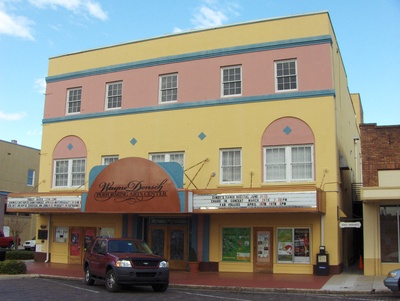 The Ritz Theater (also known as the Milane Theatre or the Helen Stairs Theatre) is a historic theatre in Sanford, Florida, United States. It is located at 201 South Magnolia Avenue. On January 29, 2001, it was added to the U.S. National Register of Historic Places.

The newly restored Theater was dedicated to the Community during the grand re-opening gala, May 6, 2000. In 2008, funds were raised to complete additional renovations and updating of the Theater. At this time the name became the Wayne Densch Performing Arts Center, in recognition of the contributors of the Wayne Densch Charitable Trust, commitment to the renovations. These renovations expanded the Theater’s Annex/Rehearsal facility, while incorporating the Ritz and Helen Stairs Theater.