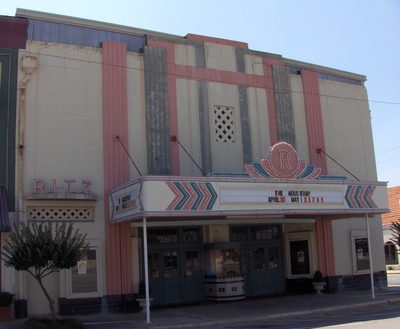 In 1935, extensive interior and exterior renovations were made by noted Jacksonville, Florida Art Deco architect Roy A. Benjamin. The theatre was renamed the Ritz Theatre and is noted as “South Georgia’s finest theatre” and pledges to run first run films only. It continued as a movie theatre until 1977. In 1986, the Ritz Theatre again returned to the performance arts when Waycross Area Community Theatre purchased the building for live community theater productions.