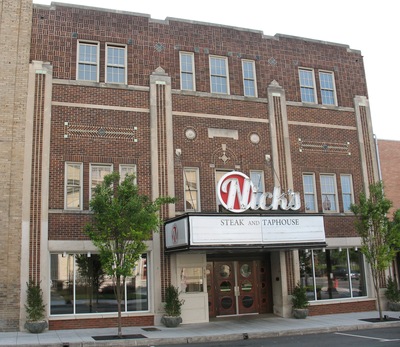 The Webb Theatre in downtown Gastonia was a long running movie house which opened in 1927. The Webb Theatre was still open in 1950. It was designed by architect Hugh White in the moderne style. It is currently being used by the city as a mix of offices in the front and storage in the auditorium. The seats have been removed but the balcony is intact. The screen still hangs on the stage and there is hope that one day the entire space can be returned to theater uses again.