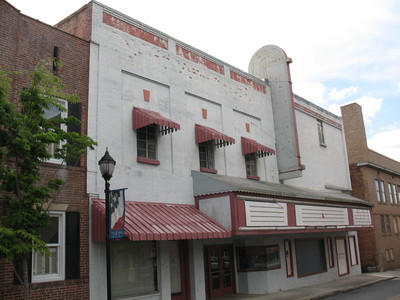 This was the Old Powell Theater, now used by the Chester Little Theater. It opened in 1913 as the Dreamland Theater, which later became the City Theater.

Around 1935, Mr. Fred J. Powell moved to Chester. He bought The City Theatre. In 1939, Powell built a new movie theatre at 163 Main Street. He named this the Chester Theatre. It had an adjoining soda shop. He renovated The City Theatre on Wylie Street and called it the Powell Theatre.