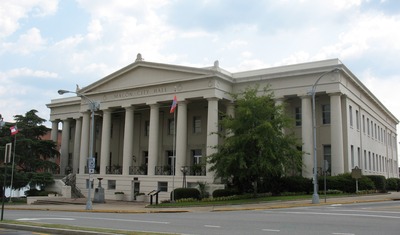 City Hall Old Capitol Macon, GA. Macon City Hall serves as the seat of government for the city of Macon, Georgia, in the United States. The Classical Revival structure was built in 1837 as the headquarters of the Monroe Railroad & Banking Co., before later serving as City Hall. From 1864 till March 11, 1865 it served as temporary Capitol of Ga. Currently, City Hall houses city administrative offices, including that of the mayor and police department.