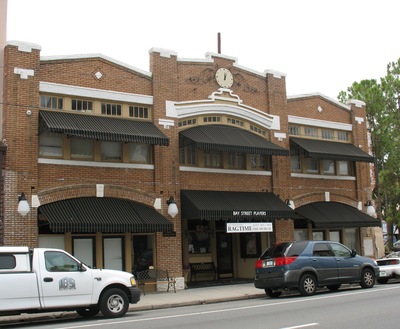 The State Theater opened as a vaudeville house in 1922, seating 518. It was located on Bay Street between E. Orange Avenue and E. Clifford Avenue. Later, the State Theater turned to movies and by the 1940’s, was operated by a subsidiary of Paramount Pictures.

By the 1970’s, its days as a movie house had ended, and in 1975, the long-vacant theater was leased by the Bay Street Players, who renovated and repaired the State Theater for legitimate and musical theater. The Bay Street Players bought the theater 1977, the same year the company began its youth theater program.