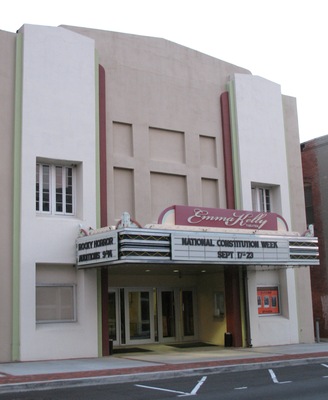 It opened in 1936 as the Georgia Theater, which was built as a “motion picture theater”. It was built by Hal Macon . Featuring modern conveniences such as steam heat and a coffee shop in the lobby, the Georgia Theater was also one of the first air-conditioned public buildings in Statesboro. Entertaining audiences for close to 50 years, the theater closed in the 1980’s.

Since September 2004, it has operated as part of the Averitt Center for Arts for the Emma Kelley Theater group. Named after a Statesboro musical legend, this building is known as the Emma Kelly Theater. Emma Thompson Kelly was a Georgia music icon. It hosts numerous concerts, plays, and special events throughout the year.