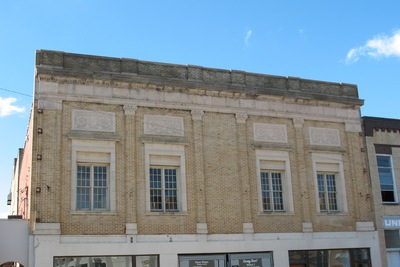 Albany Theatre is a historic theater in Albany, Georgia. It was added to the National Register of Historic Places on August 21, 2006. The Albany Theatre opened on September 12, 1927. The theatre is no longer in operation. It is located at 107 North Jackson Street.

Built in 1927 by the estate of Samuel Farkas, the Albany Theater was the first steel-framed building in Albany, and designed by Roy A. Benjamin of Jacksonville, Florida, who was a prolific designer of theaters throughout the Southeast. The Albany-Dougherty Inner City Authority purchased the theater in 2011, and in October 2012 it was announced that 3 to 4 apartments were planned for construction. The theater portion of the building would have to be demolished.