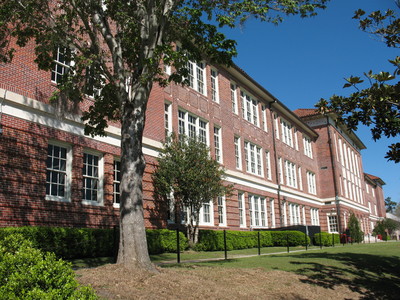 Leon High School is a public high school in Tallahassee, Florida. It is a part of Leon County Schools. For the 2007-2008 school year, the Florida Department of Education gave the school an "A" rating after its students scored well above the state average on standardized tests in reading and in math. Leon also offers twenty-two Advanced Placement courses; a standard that further distinguishes Leon High in the county, state, and country.

Leon High School has always been a part of Tallahassee history, and is one of the oldest high schools in the country. It was originally founded as Leon Academies in 1831 in Tallahassee, Later in 1903 it would become the Leon County Graded and High School, which was originally set as the first public high school for whites on the corner of Duval, Tennessee and Bronough Streets.