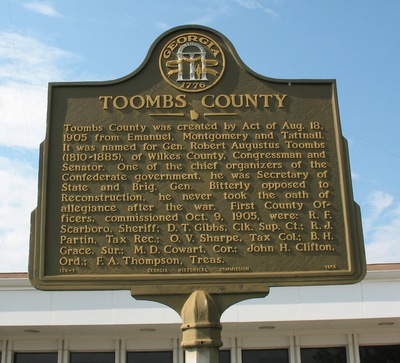 This is located outside the courthouse in Lyons in Toombs County, GA.