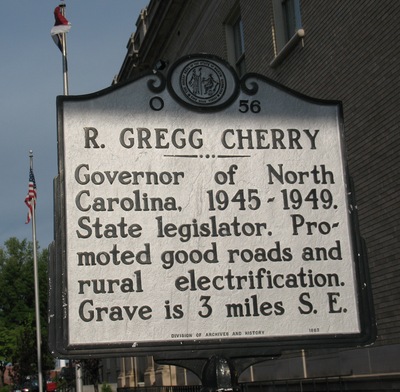 This marker is located in Franklin Avenue in Gastonia , North Carolina. Cherry was the Governor of North Carolina from 1945-1949. His parents died when he was young so he was raised by his uncle Henry M Lineberger of Gastonia. After doing law he returned to Gastonia to practice.

Dedicated 1960. Historical marker raised by: [Division Of Archives And History]