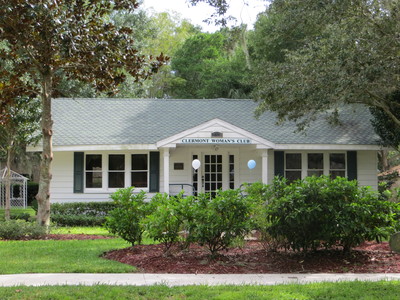 The Clermont Woman's Club is a historic woman's club in Clermont, Florida, United States. It is located at 655 Broome Street. On January 7, 1993, it was added to the U.S. National Register of Historic Places.

The object of this club is to advance the general culture of its members, aid in the betterment of civic conditions in the community, and promote the social relations of its members. It meets the first Tuesday of the month from October through May at the Clubhouse for tea and entertainment, with a meeting following. The board meets on the Monday before the monthly meeting. The Club supports various organizations with members’ time and/or donations of money and useful items.

On April 5, 1927, the Civic Club was chartered as the current Clermont Woman’s Club and incorporated. In 1932, the club became affiliated with the Florida Federation of Women’s Clubs.