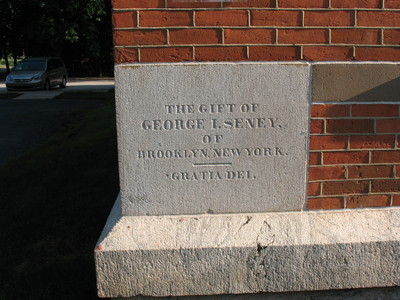 The Seney Hall is an icon of the Oxford College campus and one of Emory University's oldest and most recognizable buildings. Seney Hall was built in 1881 with money donated to Emory College by George Seney, a Methodist layman from Brooklyn, New York. Seney donated $130,000 to Emory-a major donation for the time. The money paid off the college's debt ($5,000), bolstered its endowment ($75,000) and built Seney Hall at a cost of $50,000.

The cornerstone on the wall of the building reads :

"The gift of George I Seney of Brooklyn, New York."