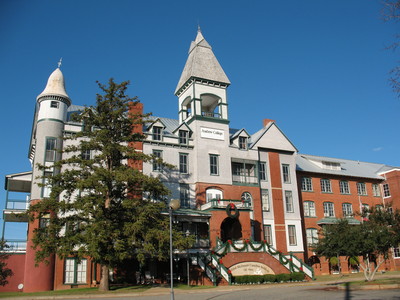 In 1892, Andrew’s buildings burnt to the ground. However, the people of Cuthbert raised the funds necessary to build Old Main Building, the College’s landmark building, that very same year. It is a five story Victorian building that was constructed for $25,000. The five floors housed the entire college facility—the president's and faculty's quarters, the boarding rooms, the classrooms, the chapel, the library, and the auditorium. Today Old Main is still the flagship building of the institution. It is known as Ethel McDonald Castellow Building now.