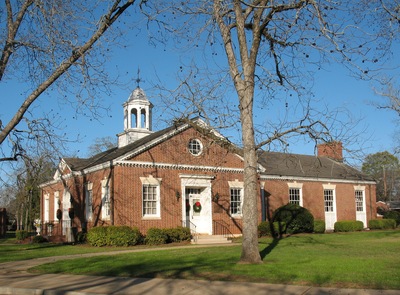 This was built in 1967 and was remodeled out of the original Pitts Library Building.

Andrew College, founded in 1854, is located in Cuthbert in southwest Georgia. Originally an academy and four-year institution, Andrew Female College, as it was called, became the second college in the nation to confer graduate degrees upon women. Andrew College was named for Bishop James Osgood Andrew,

In 1948 Mr. and Mrs. W.I.H. Pitts and their daughter, Margaret, benefactors of the United Methodist Church, donated the money for the Pitts Memorial Library, which today houses the fine arts division and is known as the Suarez Fine Arts Building. It was named in honor of Mrs. Annette McDonald Suarez, a graduate of the college. It houses the Fine Arts Division.The college became coeducational in 1956. A new library also named for the Pitts family, was built in 1967.