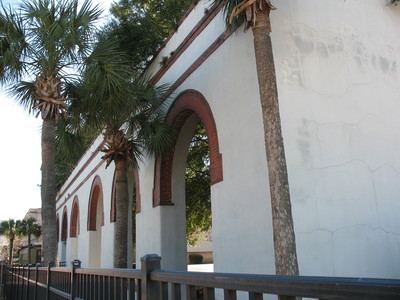 The Union Terminal on West Bay Street , is one of the buildings that still remain. This is the last remaining segment of the original Union Depot which opened in 1895.The first Union Depot opened on February 4, 1895, and was completed on January 15, 1897. It came to be known as the Flagler Depot. The second Union Station opened in 1919, and it was the largest railroad station in the south.