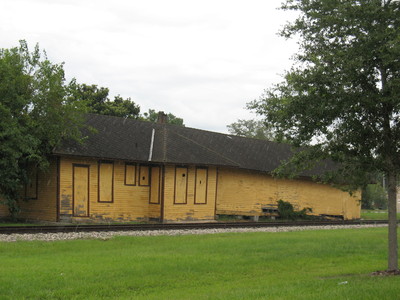 The Apopka Seaboard Air Line Railway Depot is a historic Seaboard Air Line Railroad depot in Apopka, Florida, United States. It is located at 36 East Station Street. The station was built in 1918 to serve a line originally used by the Tavares, Orlando, and Gulf Railroad in 1885. On March 15, 1993, it was added to the U.S. National Register of Historic Places, NRIS #93000134.

In 2010, a proposal was made to relocate the depot. It operated until the 1960's as a train station, primarily for passenger service though it did have a freight bay. The building was sold to a man who owned a meat store, and was used for storage until Matt Jordan, the current owner, bought the building.