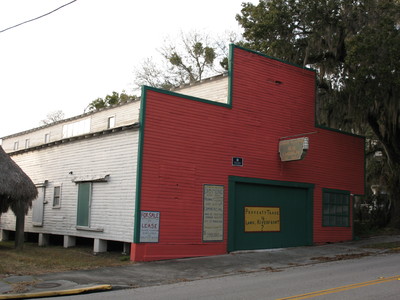 This building was constructed in 1909 by the Emerson Brothers: John, Charles, and Tom. They were in the construction business. It was originally a livery stable. The next owner was O.C. Dick who ran the lumber business until retirement around 1933. His high school helper was Gene Snow to whom Mr. Dick sold the business. Gene Snow ran it by himself for six days a week from the 1940's until around 1996.

Mr Snow's three daughters inherited it and they sold it to Mr Spanos who wanted to run a carriage ride business from this location.