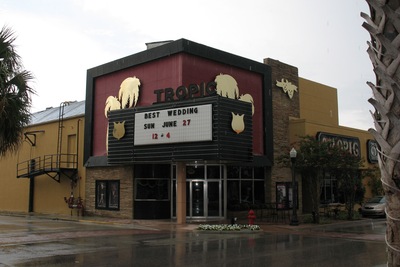 Originally the Fain Theater, was built in 1932 as the B-movie house in Leesurg. It was designed by Roy A. Benjamin & Rufus E. Bland , and operated by the Martin Theaters. In 1960 it went through in extensive renovation to the plans of Rufus E. Bland, and was renamed the Tropic Theatre. In 1979 it was added onto and became the Tropic Twin Theatre. It closed in 2004. Later in 2006 it was renovated and is now the Leesburg childrens theater, Tropic Troup. in 2011 it opened as a movie theater.