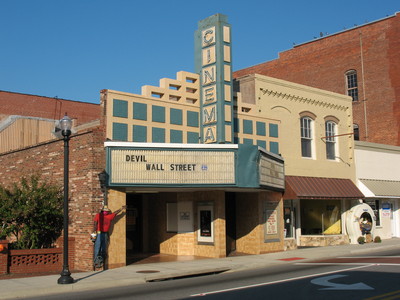 This was first the Martin Theater. it was operated by Martin Theatres of Georgia, and it opened in the early 1950’s. The Martin Theatre also had a boxes letter sign reading ‘MARTIN’, with a marquee below it. It was twinned sometime in the late-1970’s or early-1980’s. Today it is called the Thomson Twin Cinema. It has been open since 1950. Thomson Twin Cinema adds a rich addition to downtown Thomson, and serves as one of the few remaining “hometown theaters” in the state.