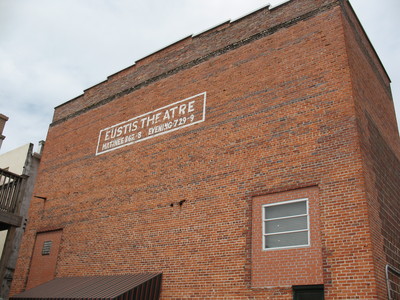 Former EustisTheatre ghost sign located in Eustis, Florida. This sign can be found on the rear of the building. It is at 109 North Bay Street. Originally known as the State Theatre, it opened in 1916 but was abandoned in 1974. The building was renovated and reopened as the Bay Street Players.