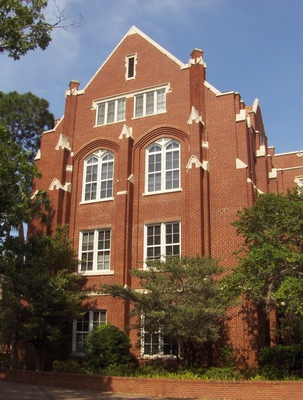 Library East UF 2. Library East (now known as Smathers Library) is a historic library in Gainesville, Florida, United States. It is located in the northeastern section of the University of Florida in the middle of the Campus Historic District.
This facility was designed by the architect William A. Edwards and was first opened in October 1926. On June 27, 1979, it was added to the U.S. National Register of Historic Places. In 1991 after a generous donation by the former United States Senator George Smathers the facility was officially renamed the Smathers Library.