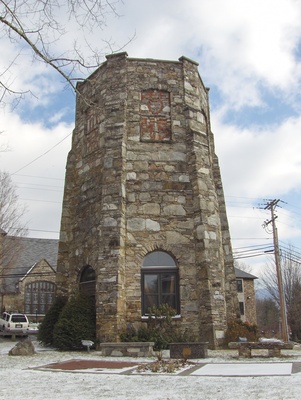 Lees McRae College Tufts Bell tower, Banner Elk, NC. Tufts Tower, is a former water tower that houses the campus chimes. It is one of the landmark building in the college campus.
Lees McRae College was founded in Banner Elk as an all-female high school in 1899 by Reverend Edgar Tufts, a Presbyterian minister. He named the school The Elizabeth McRae Institute after a well-respected educator in 1900. School benefactor Suzanna Lees' name was added in 1903 and the school's name became the Lees-McRae Institute when the school was chartered by the state in 1907. Later it was named Lees McRae College.