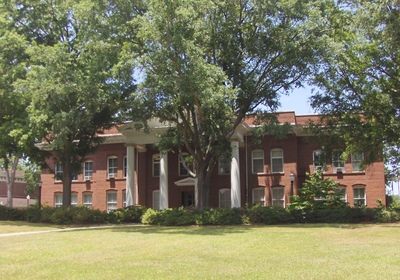 Newberry College Holland Hall. Holland Hall was completed in 1904 to house administrative offices and seven classrooms on the ground floor, and student meeting rooms and an auditorium/chapel seating 450 on the second floor. An annex was added on the back of the building in 1905 to house Newberry College's new technology program.
When the new building was completed in 1904, the Board of Trustees voted to name it Holland Hall in memory of George W. Holland, President of Newberry College from 1877 until his death in 1895.
Holland Hall celebrated its 100th anniversary in 2004; the building was formally dedicated on October 31, 1904. It was designed by architect Frank Milburn. Newberry College Historic District - Contributing Building - National Register of Historic Places NRIS #76001706