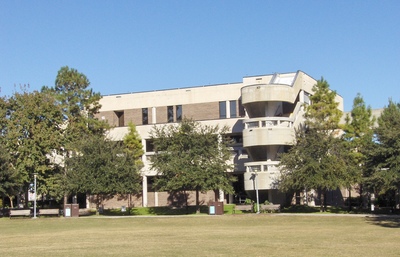 UNF Mathews Building, Jacksonville, FL. The conception of the University is largely due to the perseverance and vision of Mr. Mathews. His UNF involvement dates back to 1963 when he introduced the first of three bills to authorize a four-year higher education institution in Duval County. UNF opened on October 2, 1972.
University's new Computer Science Building, begun in 1987, was named in his honor in 1988 John E. Mathews Jr. Computer Science Building. He attended the March 14, 1987 Groundbreaking Ceremony, accompanied by his wife and children. The building's dedication ceremony was held on November 7, 1988.