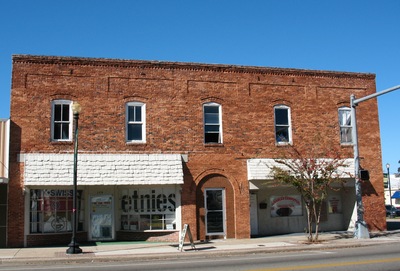 129 Jefferson St Perry, Fl. Perry is a city in Taylor County, Florida, United States. It is the county seat of Taylor County. The city was named for Madison Stark Perry, fourth Governor of the State of Florida and a Confederate States Army colonel during the American Civil War.

This is commercial brick building which houses different business offices and stores like Advanced Computers, and many others.