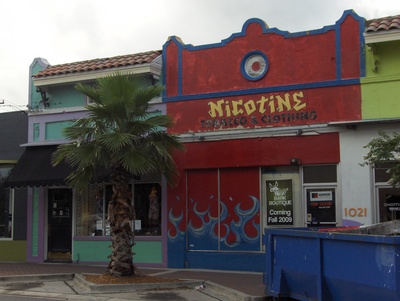 This is a commercial building in Riverside Jacksonville, which is a part of the original Park Arcade building. This housed the Nicotine -tobacco& clothing, which was renovated and leased to Bark Boutique in Sep 2009. the sign shows it coming in fall 2009. Later images show the Bark Boutique in this historic 5 Point Riverside area.