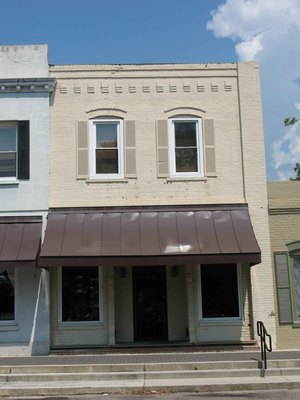 A J Bird Building Metter GA. Metter is a city in Candler County, Georgia, United States. The population was 3,879 at the 2000 census. The city is the county seat of Candler County.

This is a commercial building named after USAF Colonel A. J. Bird Jr. who was the only son of Andrew and Georgia Bird of Metter, Georgia. This was built in 1910., in downtown Metter. Contributing Building - Metter Downtown Historic District - National Register of Historic Places NRIS #11000578