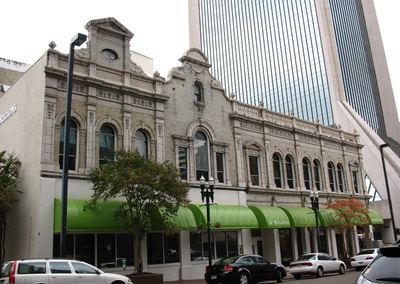 Old Bisbee Building, Jacksonville, Fl. aka First National Bank Building It was originally built as the Mercantile Exchange Bank in 1902, just after the Great Fire of 1901. In 1905 it was bought by Florida Bank & Trust, predecessors to the modern Florida National Bank, who renovated and expanded it. It was renovated again in 1916 and 1976 by the building then owners, the Jacksonville National Bank, to its present appearance.