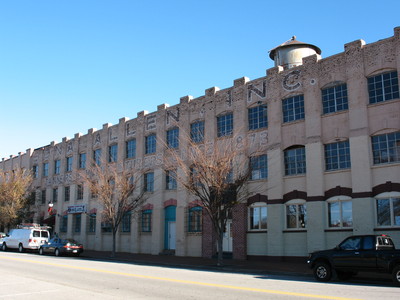 Bona Allen Harness Factory, Buford, GA. The Allen family played a role in the city of Buford from 1867 until 1977. Allen's would become most famous for the tannery they began in the city in 1873.

On February 4, 1909, The Bona Allen harness plant and box factory burned to the ground, When the tannery was rebuilt in 1911, it was renamed Bona Allen and Sons. Manufacturing of leather shoes in the new plant began in 1913. The plant was not making enough money to support itself and was closed in 1942.