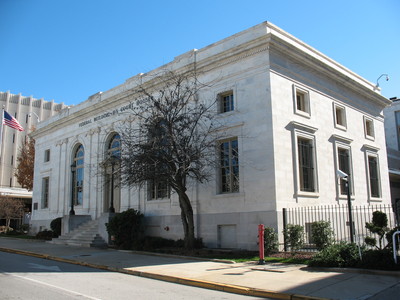 The Federal Building and United States Courthouse is located in Gainesville, Georgia. The Classical Revival style building was built in 1910 out of white marble. The building was originally a U.S. post office until 1936 when an addition was built to house the federal courthouse. The cast iron door surround, featuring fluted Doric columns supporting an ornamented frieze and denticulated pediment, is a distinctive feature of the 1910 facade. The Post Office relocated in 1967 and the building retained the Federal Courts and related offices.