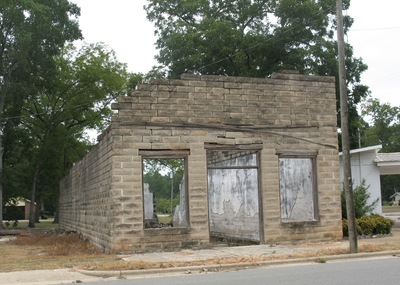 This abandoned building was the old movie theatre. Though it’s hard to imagine a town as small as Pitts having a theatre, it was once a much busier place. Robert Jett notes that this was Jett’s Hardware, operated by his father, E. B. Jett, from about 1955 to 1960; he confirms that it was used as a theatre before then. It now lies abandoned in a bad damaged condition, in need of restoration.