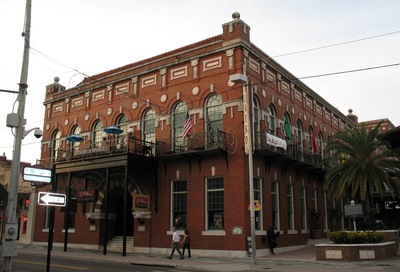 El Centro Español de Tampa is a historic building in the Ybor City neighborhood of Tampa, in the U.S. state of Florida. It was built as an ethnic and cultural clubhouse in 1912. It remains one of the few surviving structures specific to Spanish immigration to the United States during the late 19th and early 20th centuries.

As early as 1974, the building was included by the National Register of Historic Places NRIS #88001823, as one of the Contributing Properties within the Ybor City Historic District.