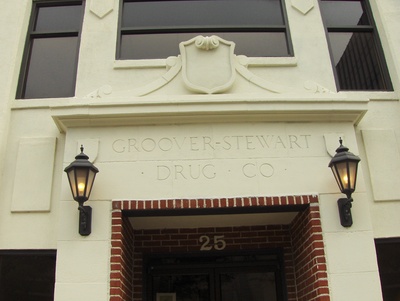 The Groover-Stewart Drug Company Building (also known as the McKesson-Robbins Drug Company Building) is a historic site in Jacksonville, Florida. It is located at 25 North Market Street. On December 30, 1992, it was added to the U.S. National Register of Historic Places NRIS #92001696.

In 1925 this four-story building was constructed for the company, to serve as warehouse and office space for Groover-Stewart Drug Company, which was the largest wholesale drug firm in Florida. It was designed by Marsh & Saxelbye.