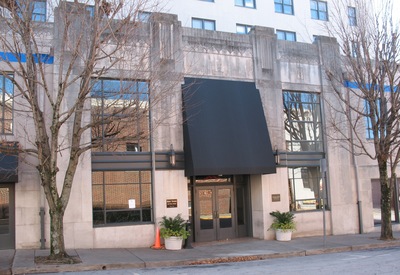 Dixie Hunt Hotel located at the corner of South Main and West Spring Streets. It was formerly known as the Arlington Hotel and had been built by J. H. Hunt.

Jim & Aurora Hunt bought the Arlington in 1901, and it became part of the Dixie chain of hotels in 1920's and was named Dixie-Hunt Hotel. Later it was destroyed in a tornado. National Register of Historic Places NRIS 85001057