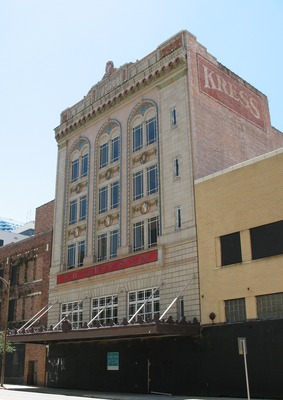 Located at 811 N. Franklin Street, the building is in the Renaissance Revival architectural style. G.E. McKay was the four story building's architect. Samuel Kress opened a stationery store in Memphis, TN which grew into a nationwide chain, S H Kress & Company. He owned about 400 stores, 9 of them in Florida. The building have been empty for more than a decade and with redevelopment plans the block is now converted to office, retail and residential space that is known as "Kress Square. "