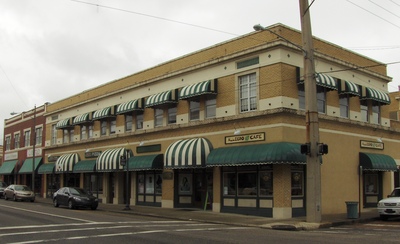 William E Lee moved to Plant City as a young man. Lee was highly successful in business. He was elected Mayor of Plant City from 1920-1926. In 1922 he constructed the W.E. Lee Building, consisting of 19,200 square feet and considered the largest building in downtown Plant City.

The Reynold Street location of this building was a very popular commercial spot and over the years saw a number of various business tenants like the Western Union Office, Hillsboro Pharmacy, Goodyear service Store, Family Shoe Store, Allegro cafe, New York Pizza, Italian restaurant and many others. Many investors bought the building to renovate it. But finally in 1997, Ed Verner bought it and renovated it. In April, 1998, it was rededicated, and is the hub of commercial activity in Plant City.