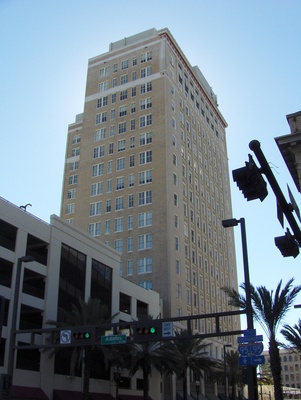 This skyscraper was built in 1926 by S A Lynch. It is a seventeen story building, the second tallest building in Jacksonville, Florida. It was built at a cost of $1,000,000 and is a L shaped building. Pringle & Smith architects from Atlanta designed this building.

Originally it was developed by Stephen Andrew Lynch, in downtown Jacksonville. The building was renovated in 1962 and renamed American Heritage Life Building, when it was utilized as home office for the company. When the company moved to new headquarters it was vacant for many years. Later, a developer Vestcor invested more than $24 million to restore the building's exterior and transformed the former offices into loft apartments. National Register of Historic Places NRIS #03001310