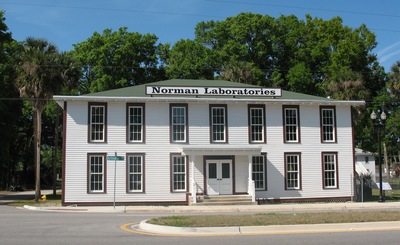 By 1916, Eagle Studios (silent movies) had a five-building complex built in the heart of Jacksonville Arlington district. In 1920 it changed hands and became Norman Laboratories specializing in motion pictures and talking picture equipment. It became the home and creative center of Richard Norman who made six feature films between 1920-1928. He is known for making Race films, starring black actors in positive roles.