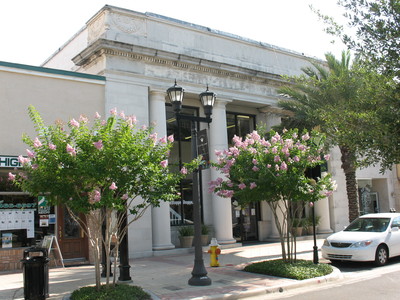 The former Guaranty Title and Trust is located in Clearwater, Florida. It was built in 1920 in the Greek Revival architectural style. By the 1930's it was known as the Gulf Coast Art Museum or Clearwater Art Museum. From 1935-1964, the Clearwater Chamber of Commerce occupied the building. Since 1989, it has been known as One Stoppe Shoppe.