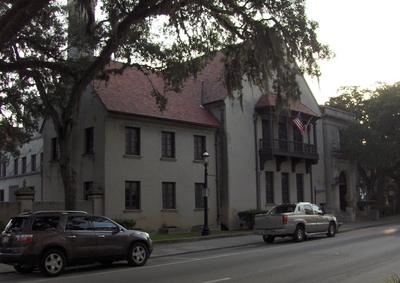 In 1821, it was redesigned by architect Robert Mills. During the Civil War it was used as a military hospital, and later as US courthouse and customs house, and US post office.

The State of Florida received title to the building in 1964 and used it as the headquarters for its local historic preservation effort. A history museum was created on the first floor of the building in 1991. Government House is one of the state-owned buildings managed by the University of Florida.