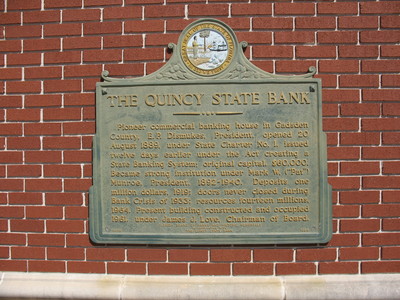 Historical marker for the former Quincy State Bank in Quincy, Florida. The building was constructed in 1961 and operated under said name until it was acquired by Capital City Bank in 2004.